The most progressive name in Iraq’s furniture industry; Vana, is a furniture manufacturer with international reputation and over 80 years of experience. Yet, their strong background was not entirely reflected through their adverts and the chosen media. In another word there was much room for refinement and that was their exact request from Zibaloon; improvement of their advertising material and designing strong, purposeful campaign strategies. Their request was easy to see and also a new, exciting challenge for Zibaloon since we needed to collaborate with a reputable company based in another country with its own unique marketing demands.

Over the years Vana had allocated big budgets to further introduce the brand to a larger target group in Kurdistan and south Iraq. Our first mission was to investigate the reason why despite such large expenditure the outcome was poor and ineffective. The conducted research indicated; inadvertent campaigns, uncalculated choice of media beside inapt methods of branding to be few of the most important explanations for the persisting issue.  It was a clear mission; we needed to systematically distinguish the brand from its competitors and give it the status it deserved in the market.

We started by conducting a thorough market analysis in all the countries the company was actively involved in as well as a comprehensive study of the local consumer behavior; in addition we looked into methods of transportation in relation to geographical expanse,  and inventory. Iraq’s Kurdistan province is a rapidly growing market and a host to many well-known, reputable international brands. Based on the research outcome, our creative team took a specialized, modern approach to branding the company. The first step was redesigning the logo so that not only it would embody the company’s main line of production which is office chairs but also its core attribute; victory.

The initial step met with approval and enthusiasm of company’s board of directors; this led to the second phase of the process which was design and implementation of Vana’s ATL and BTL campaign. A crucial job, executed based on highest international standards. One unique feature of the branding process of Vana, was the insistent focus on the logo as the source of inspiration as well as the core design idea for all print and online ads. As a result we were able to base the design of all the POS items along with the administrative material on the logo. A strategic move that not only resulted in creation of wonderfully unified and harmonious items but also became a significant point of distinction among Vana”s target group.

Vana’s promotional items took on a very different look; they were both practical for everyday use as well as purposefully harmonized with the brand’s main production which is furniture. In this way even the smallest items were able to promote the brand’s identity and serve as representatives of the company in each and every corner of the target group’s lives. Now the managing directors of the company could clearly see the extent of possibilities that were overlooked in the past besides the simple inexpensive measures that could effectively communicate brand’s philosophy to the target group. 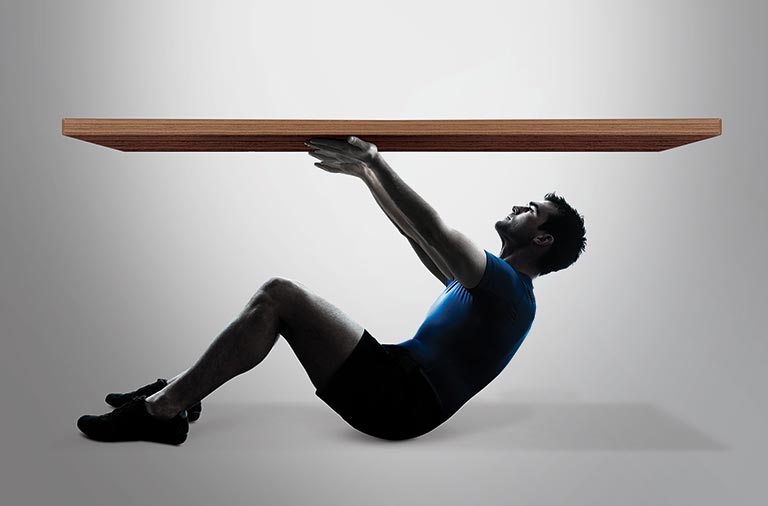 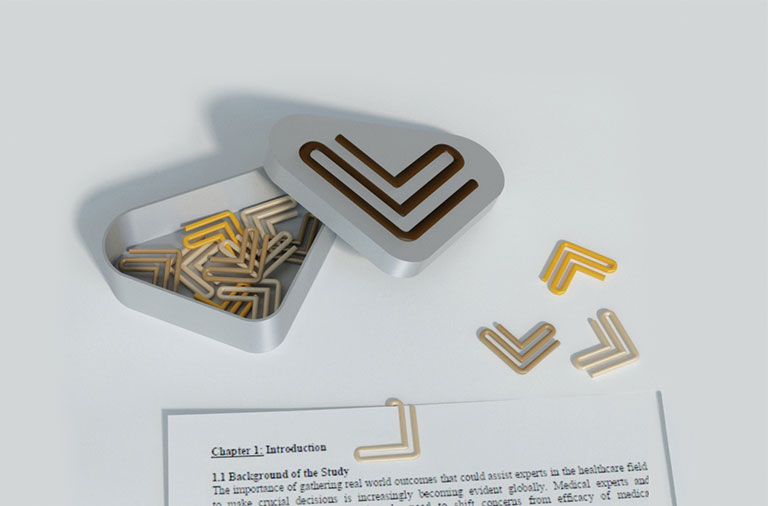 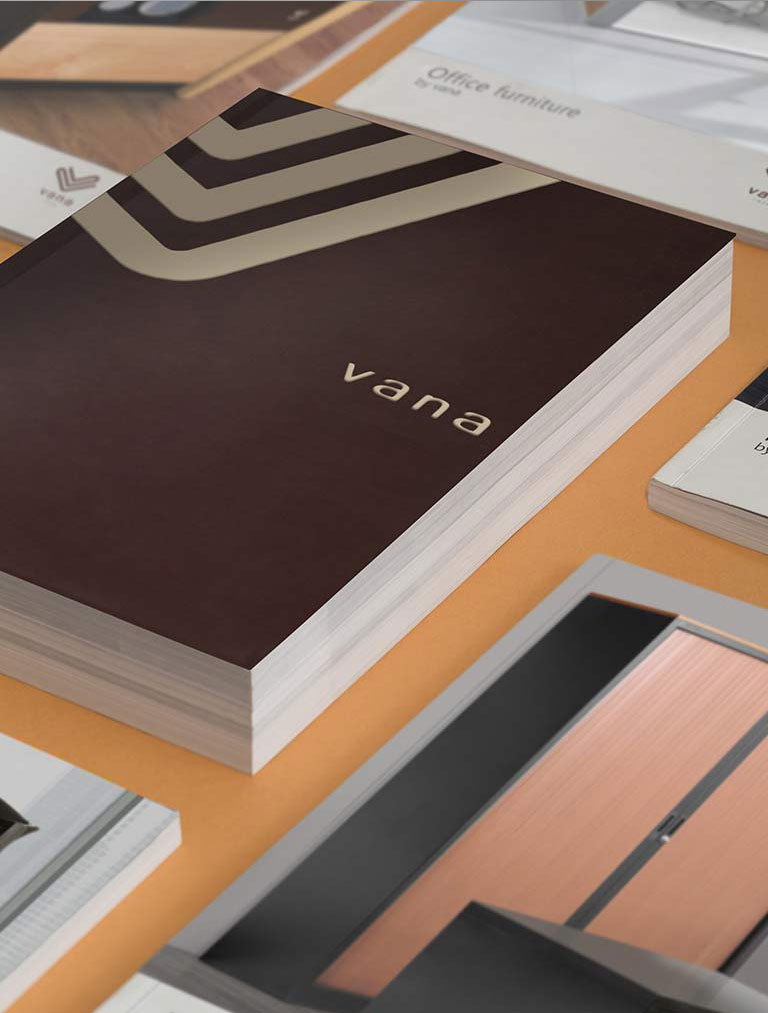 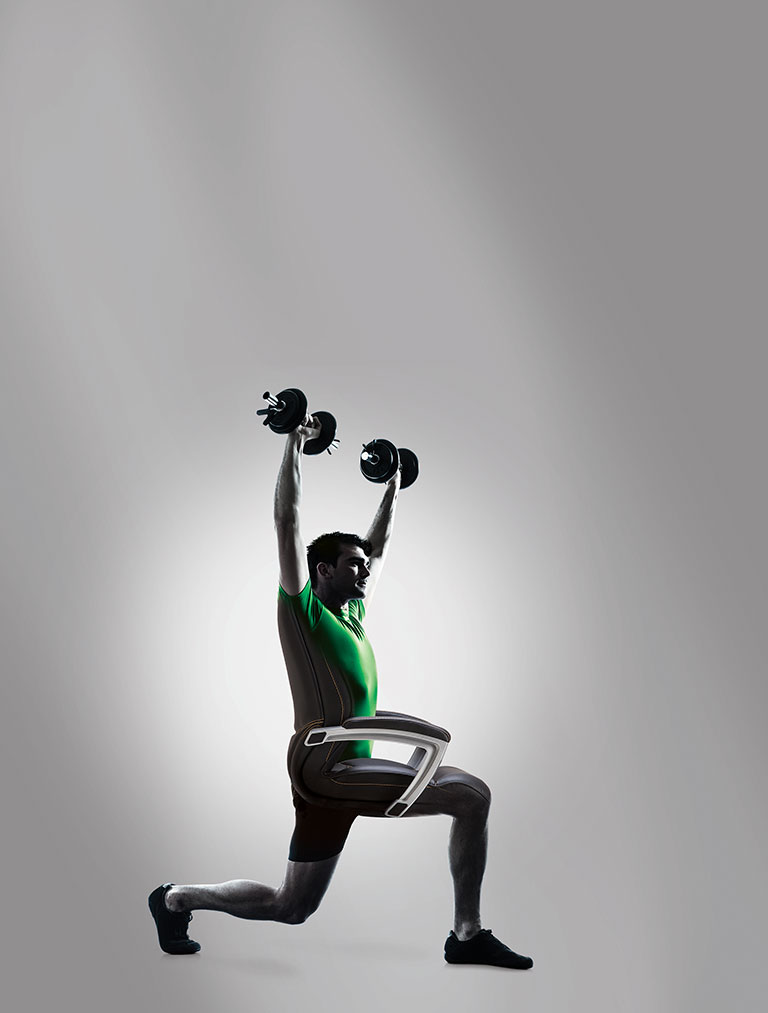 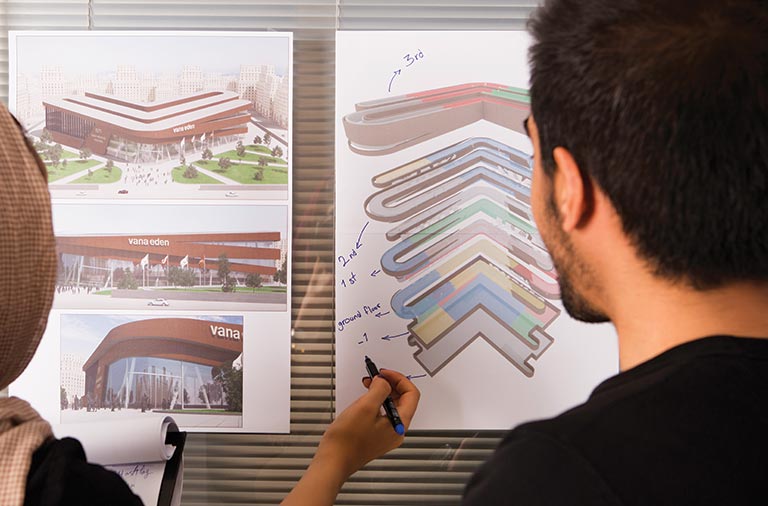 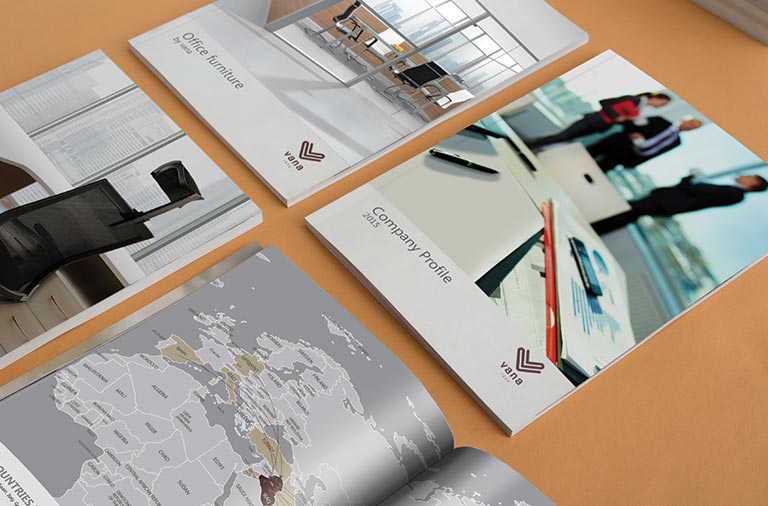 The most progressive name in Iraq’s furniture industry 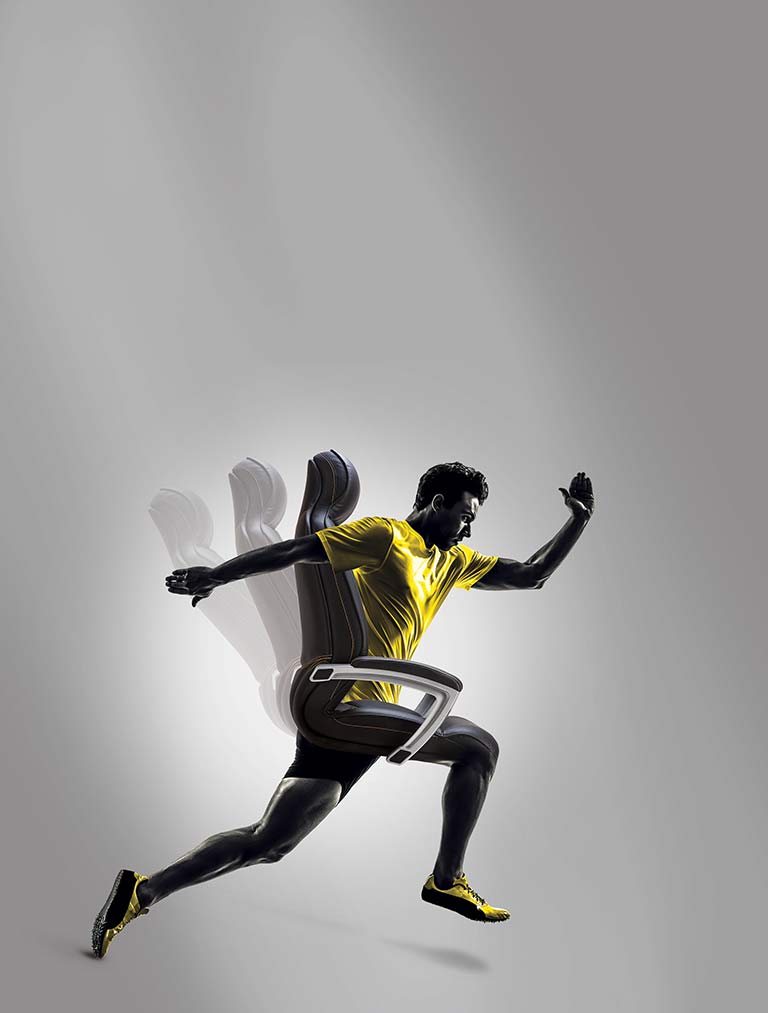 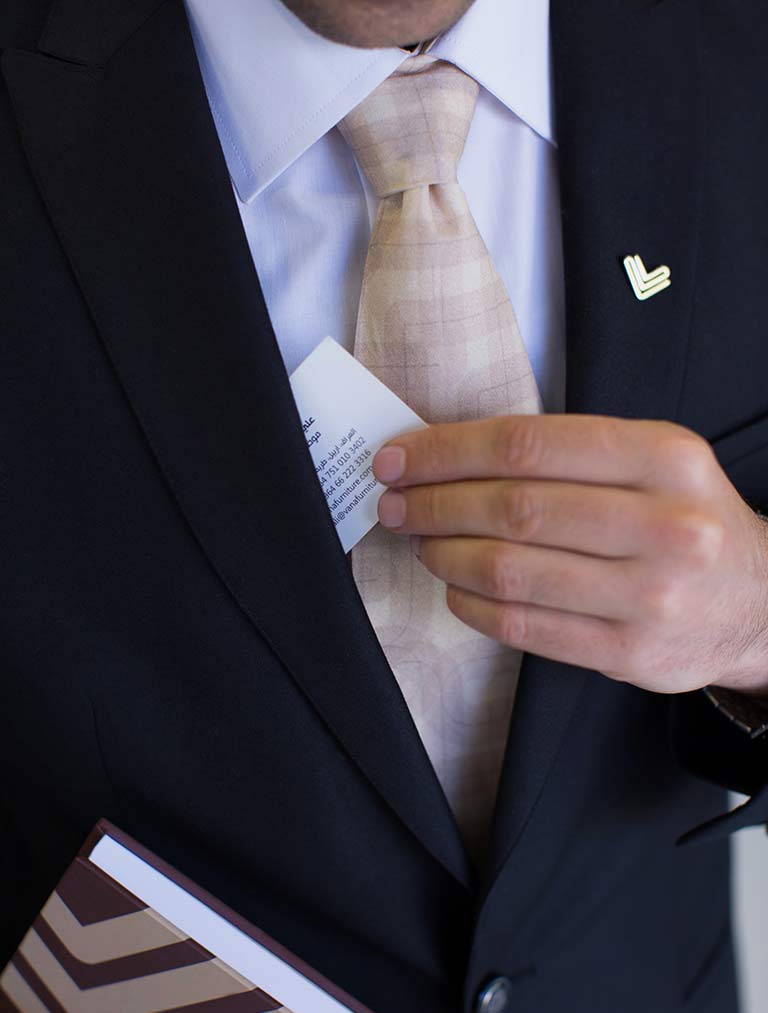 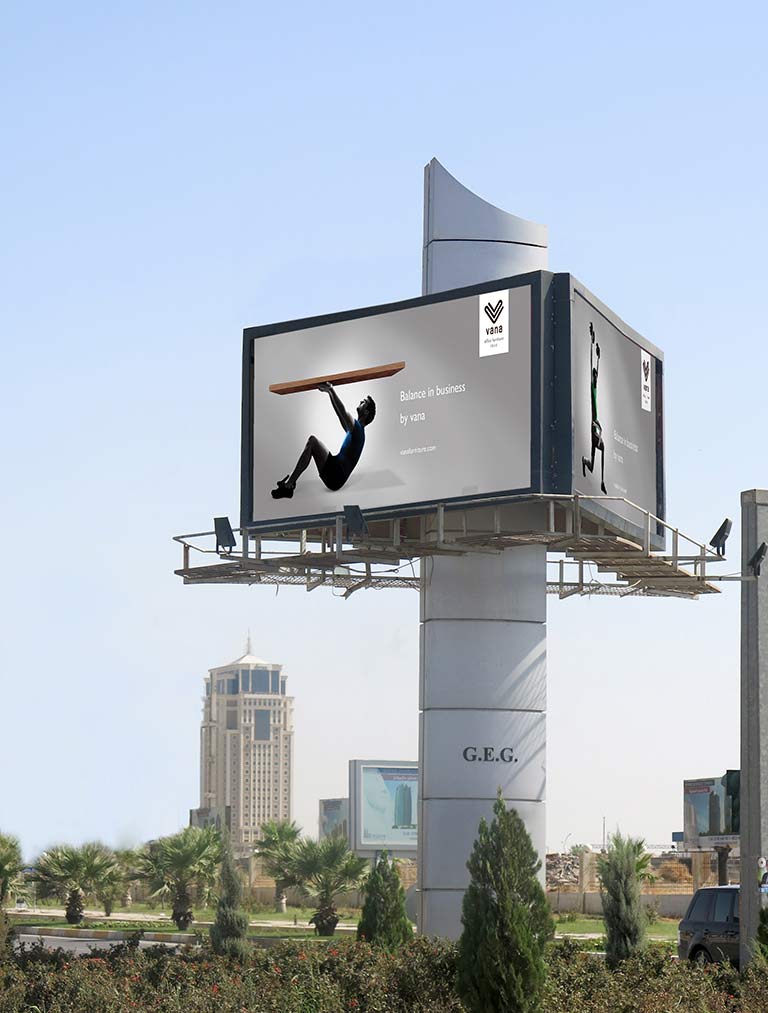 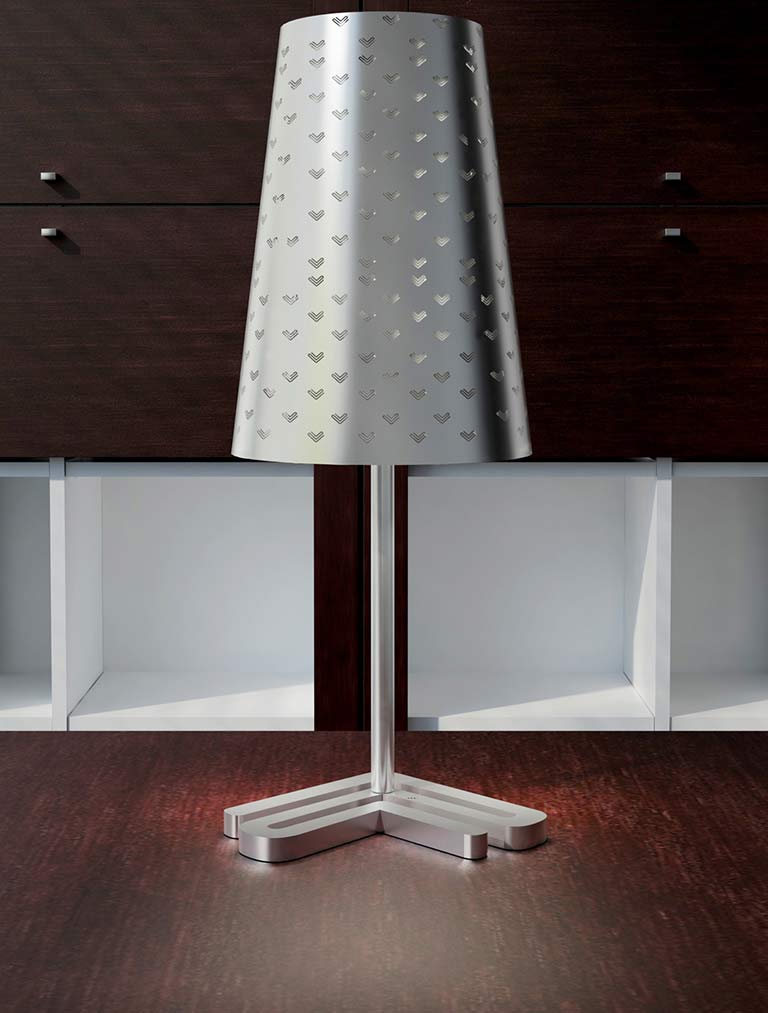 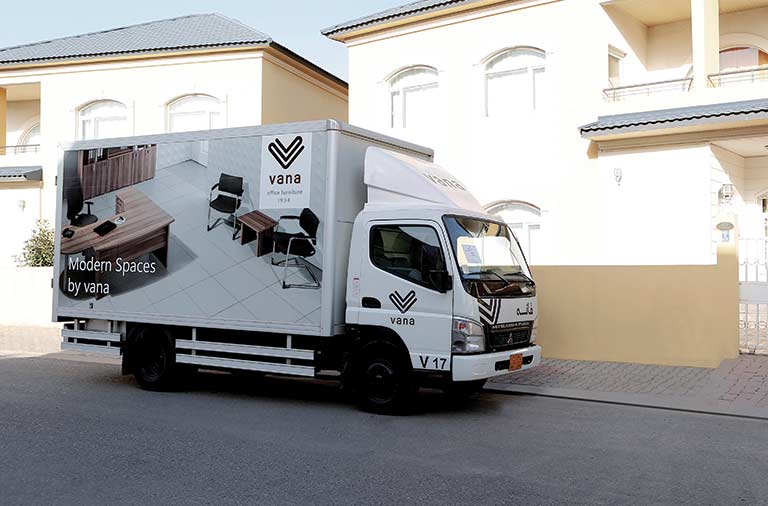 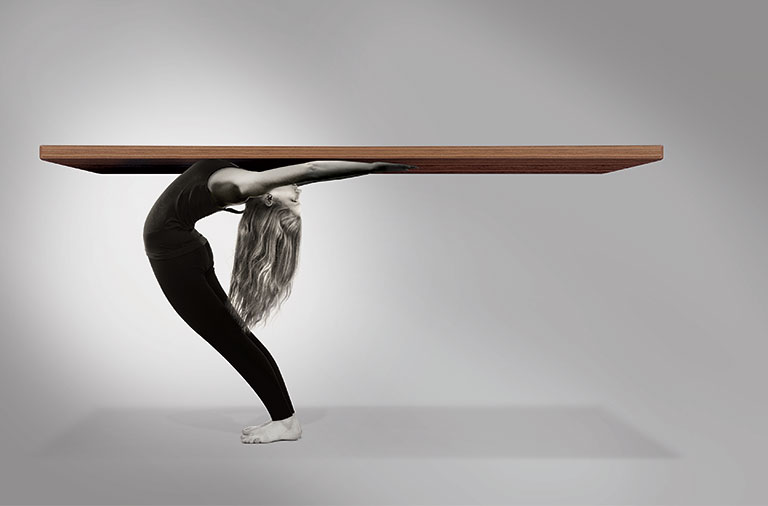 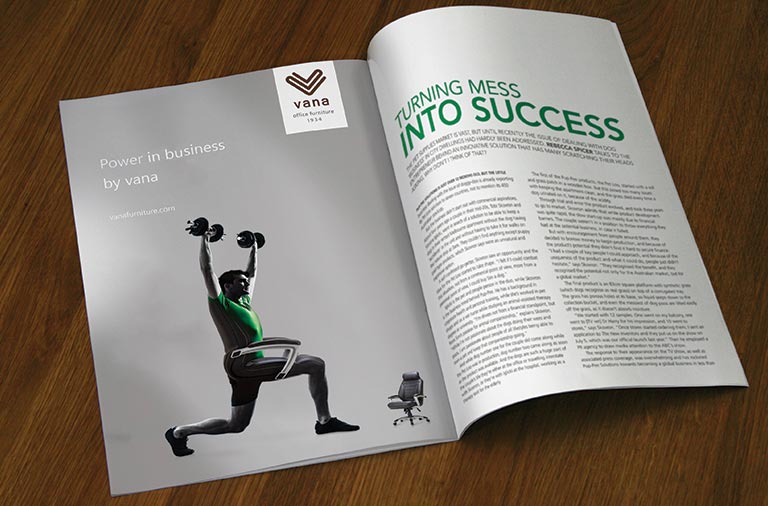 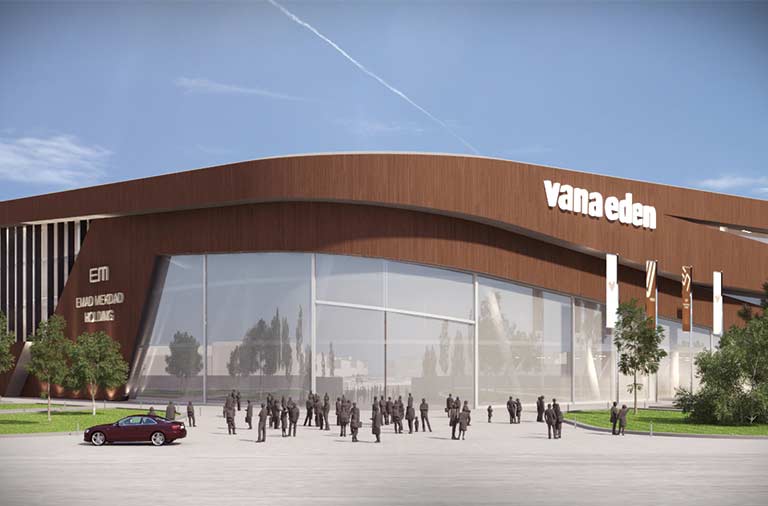 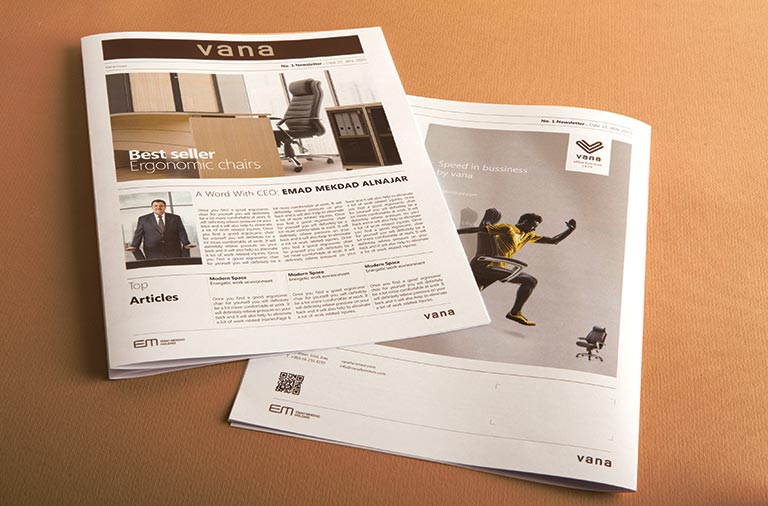 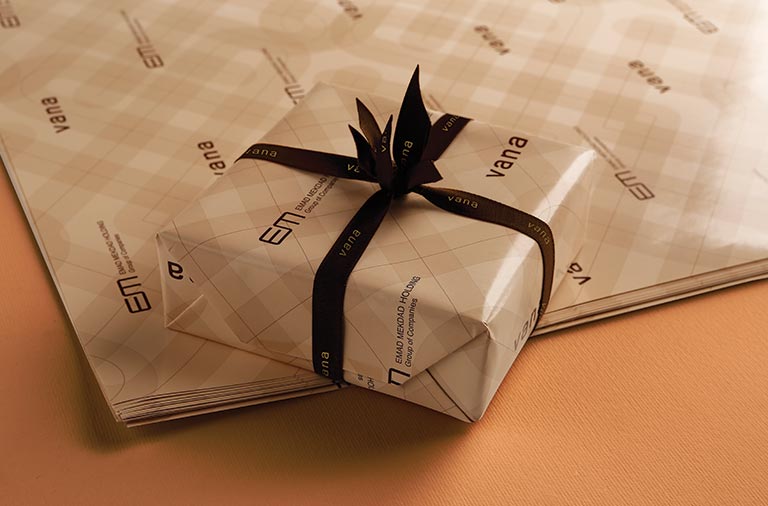